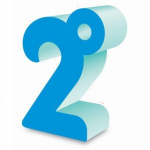 2 Degrees Mobile was launched in New Zealand during August in 2009 after 9 years of planning. It was a British and US owned enterprise which initally offered prepaid mobile services and no contract plans.

Over the years 2degrees has spent over $250m on building network capacity in the major cities across New Zealand including Christchurch, Wellington, Auckland and Queenstown. In areas without 2degrees coverage the handsets will roam across the Vodafone Network via a national roaming agreement which has been set up.

2degrees now have over 200,000 customers that have signed up to the service and a growing at a rapid rate as they start to establish themselves as a player in the mobile phone market.